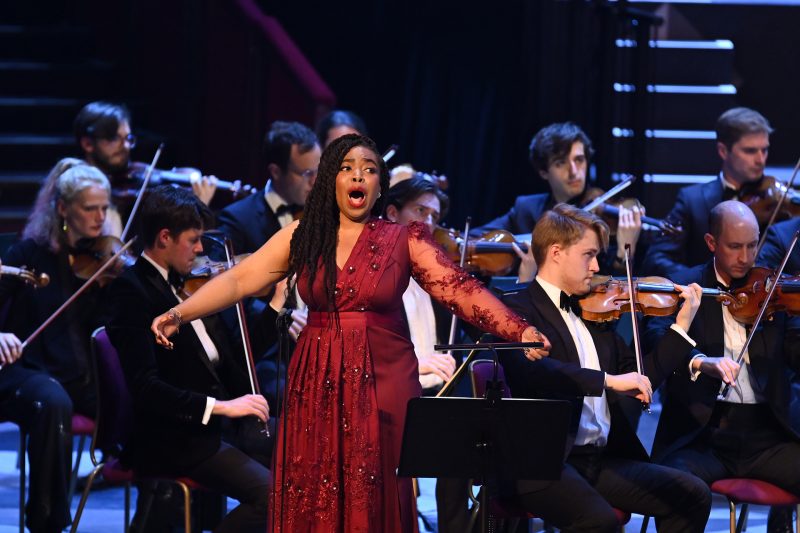 Turns out John Wilson was playing the long game from the start. The dynamic British conductor eased his way into Proms schedules in 2007, establishing his John Wilson Orchestra as an annual festival fixture just two years later. Film music from the Golden Age of Hollywood, Broadway musicals, Bernstein and more all arrived gleaming – freshly polished and ready for their close-up. But, over a decade later, it turns out that Wilson was just prepping the musical ground, as this game-changing concert made abundantly clear.

The Proms debut of Wilson’s Sinfonia of London was always going to be one to watch. Resurrected in 2018 by Wilson as a project-based, recording ensemble – a super-orchestra bringing together the best of UK orchestral and chamber musicians – the Sinfonia of London has already clocked-up critical acclaim and awards for everything from Massenet to Respighi, Britten, Bax and more. But none have made more impact than the group’s first release: 2019’s recording of Erich Korngold’s Symphony in F sharp.

In so many ways this is the pivotal score for Wilson, the fulcrum on which a career connecting Hollywood and the classical concert-hall pivots. The only symphony by a composer so long remembered only for his swashbuckling film scores – The Sea Hawk; The Adventures of Robin Hood; Captain Blood – it’s a piece with as much to say about Wagner, Mahler and Richard Strauss as celluloid drama, an ambitious creation conductor Dimitri Mitropoulos once described as the “perfect modern work”.

Having taken us all by the hand over nearly 15 years, painstakingly exposed the connections between today’s film-music and musical-theatre greats and their 20th-century forebears, Wilson here cashed in that education, taking his loyal Proms audience back to the point of intersection, the moment where post-Romantic innovation and entertainment were one.

The programme was an homage to Vienna – initially a whipped-cream vision in Johann Strauss, stretched and teased into new depth by Alban Berg’s Seven Early Songs, before waltzes lurch and implode in Ravel’s La Valse, dust clearing to reveal Korngold’s Symphony as a forked path ahead, one heading not just to Hollywood but also to the late 20th-century symphonists.

Whipping us onto the dance floor like some Teutonic young Karl or Stefan, ferociously immaculate in tie and tails, the Fledermaus overture twirled and spun us at a dizzying pace. Risk (real in the opening bars) settled into a thrilling illusion, a deadpan side drum cutting through the silky, whirling glamour of the strings with precise comic timing, woodwind soloists adding their own witty commentary.

But then the ballroom melted, leaving us in the foggy dream-sequence of Berg’s Seven Early Songs. Originally advertised soloist Miah Persson was another casualty in this season’s long list of post-Covid travel issues. But, rapturous though the Swedish singer is in this repertoire, it was impossible not to celebrate the chance that put young soprano Francesca Chiejina in the spotlight instead.

Emerging out of the Debussyean, whole-tone haze at the start of “Nacht”, Chiejina’s mellow, liquid flow of sound surged and rippled, easy and unforced in this huge space. This was storytelling from within, voice just another line – sometimes exposed, sometimes concealed – within a constantly shifting orchestral texture: a smudgy chalk-drawing replacing the precision of Strauss’s opening pen and ink.

If the Berg took us outside time, Ravel’s La Valse was a jolt of awakening. With the memory of the Strauss still fresh, Wilson seemed to delight in darkening his palette, twisting iridescence into the unsettling whirr of flutter-tongued flutes and transforming propulsive, certain basslines into the grinding, ambiguous questions out of which Ravel’s death-dance emerges. With Covid restrictions still in place, big bands and big noises have been in short supply this season. Have we heard anything as violent, as apocalyptic as this climax? Even Aurora’s Firebird didn’t come close.

Turns out, though, it was only a prelude to the Korngold. No one who has heard the Sinfonia’s recording could have been expecting a lean-back sort of ride through the composer’s only Symphony, but the Rite-ish rhythmic insistence and dislocation – running from that peremptory initial theme through the frenzied tarantella of the Scherzo to the ingenious dance-reinvention of a theme we’ve already met (but never imagined quite like this) in the Finale – was still shocking, brutal.

Wilson’s gift of sonic transformation gave us an orchestra whose glossy Hollywood strings now came with added steel. There was a wiriness here that refused to sink into Korngold’s tempting melodies; even the slow movement (its theme later borrowed for The Private Lives of Elizabeth and Essex) was strung taut, edgily beautiful, as though it might tumble off the tightrope at any moment.

The lack of sentimentality; the cool internal logic balanced by ferocity of delivery; the sheer seriousness of the whole thing: it was impossible not to be wowed. And not a Hollywood wow either – all feathers and diamante sparkle. This was the real deal – the climax of a musical argument Wilson has been making his entire career, and the arrival of a symphony never performed in public during its composer’s lifetime, but now – finally – taking its place.