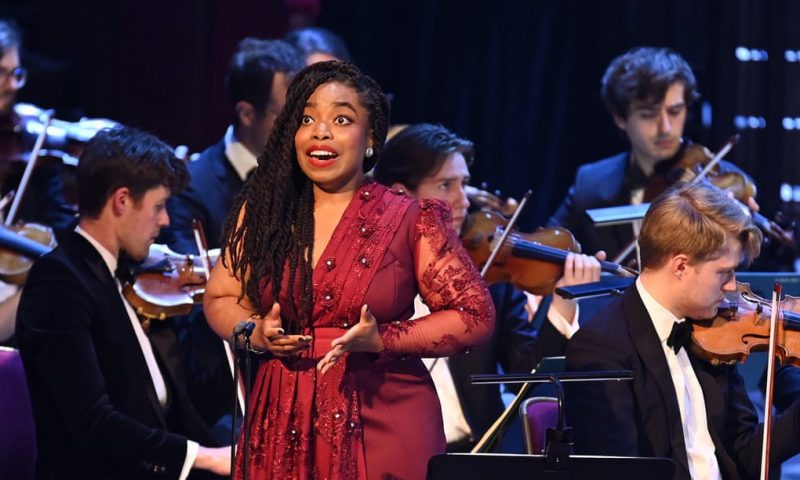 The Sinfonia of London was famous in the 1950s and 60s as a recording and film orchestra, its credits notably including the Bernard Hermann soundtrack for Hitchcock’s Vertigo. It was re-formed in 2018 by John Wilson, again initially as a recording orchestra, its players hand-picked from orchestras and chamber ensembles in the UK and abroad. Their debut Prom was also their first live concert: it was a remarkable occasion in so many ways.

The programme examined the decadence and decline of 19th and 20th-century Vienna, and the main work was Korngold‘s Symphony in F Sharp, completed in 1952, after the composer’s return to Europe from his Hollywood exile. Opinions differ as to both its quality and meaning, though essentially it’s an act of mourning for a world torn apart by Nazism and war, rooted in a retro musical language drawing on Mahlerian post-Romanticism.

Wilson, who hugely admires it, finds much in it we haven’t noticed before: alarming brutality in the mechanistic tread of the first movement; an adagio full of confrontational grief, rather than the more usual nostalgia; ironies and ambiguities in the discursive finale, where some interpreters are apt simply to be breezy. The playing was exceptional, above all in the scherzo and its creepy trio, where the rhythms are complex and the demands on the orchestra fierce. It’s hard to imagine it being better done.

The first half carefully prepared the way for the work. The overture to Johann Strauss’s Die Fledermaus, poised, elegant, hedonistic, was followed by the dark, Jugendstil undertow of Berg’s Seven Early Songs, its textures crisscrossing the thin dividing line between sensuousness and sensuality: Francesca Chiejina was the soprano, her voice fractionally too small for the Albert Hall, though the sound itself is exquisite. Then there was Ravel’s La Valse, with its depiction of a world whirling uncontrollably to its own destruction, done with a combination of almost lethal glamour (in those suggestive strings) and cataclysmic violence: a truly outstanding performance and absolutely terrifying.