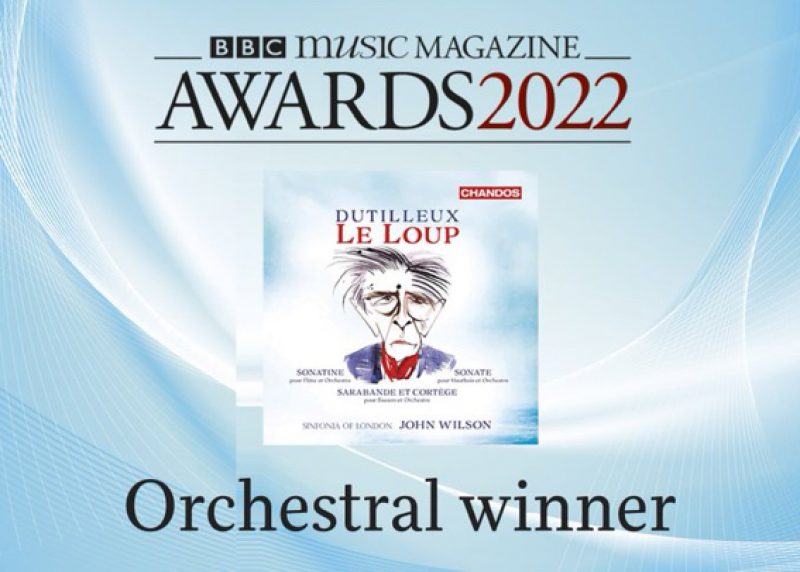 Featuring the composer’s rarely recorded ballet, the BBC Music Magazine critics praised the recording which brings out the ‘vivid colours of Dutilleux’s score, with the brass blazing superbly and every rhythm alive with meaning. No less striking is the music’s lyricism, phrased by Wilson with great tenderness.’

This is the third consecutive year that John Wilson and Sinfonia of London have received the BBC Orchestral Award, with a nominees chosen by the Magazine critics before being put to a public vote. Previous winning albums by Sinfonia of London include Korngold Symphony in F sharp (2020), and Respighi Roman Trilogy (2021), all recorded for Chandos Records.