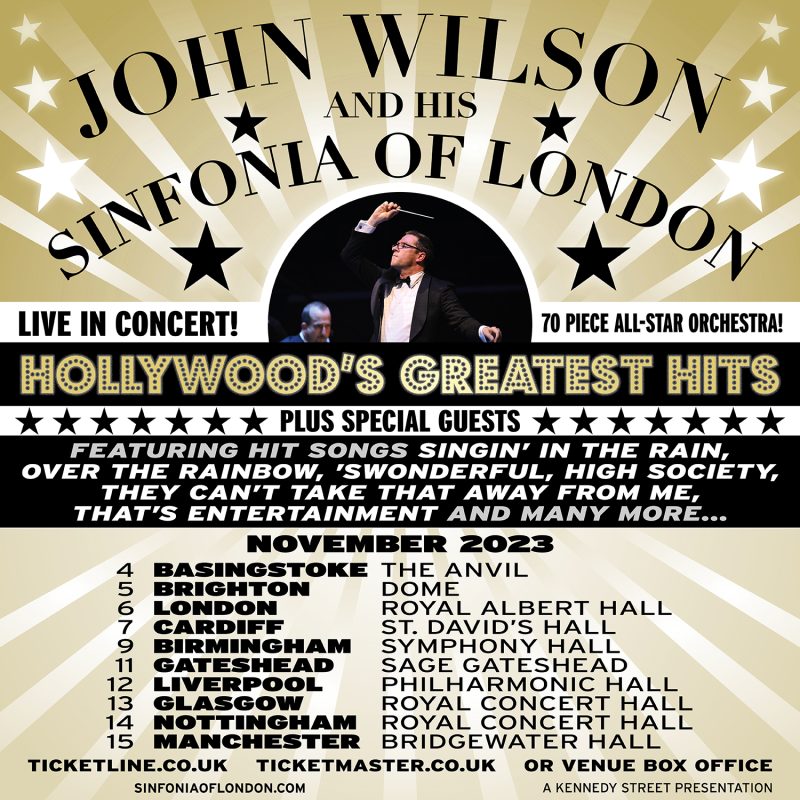 John Wilson and Sinfonia of London have announced that they will tour to ten venues across the UK in November 2023 with a programme of music from the golden age of Hollywood – Hollywood’s Greatest Hits.

The 2023 tour will bring the lush musical splendour of the silver screen to life, including classics such as Singing in the Rain, Over the Rainbow, S’Wonderful, High Society, They Can’t Take That Away From Me, That’s Entertainment and many more.

Of the tour, John Wilson said ‘I am thrilled to be taking Sinfonia of London on the road with our new show Hollywood’s Greatest Hits – an evening of hit songs everyone will know and love from the Golden Age of Hollywood movie musicals – all performed by our hand-picked 70 piece orchestra and guest singers. We look forward to seeing you all throughout the land at our favourite UK venues.’

Pre-sale tickets will be available via TicketLine on Thursday 1 December 2022, with tickets on sale via the individual concert venues from Friday 2 December 2022.