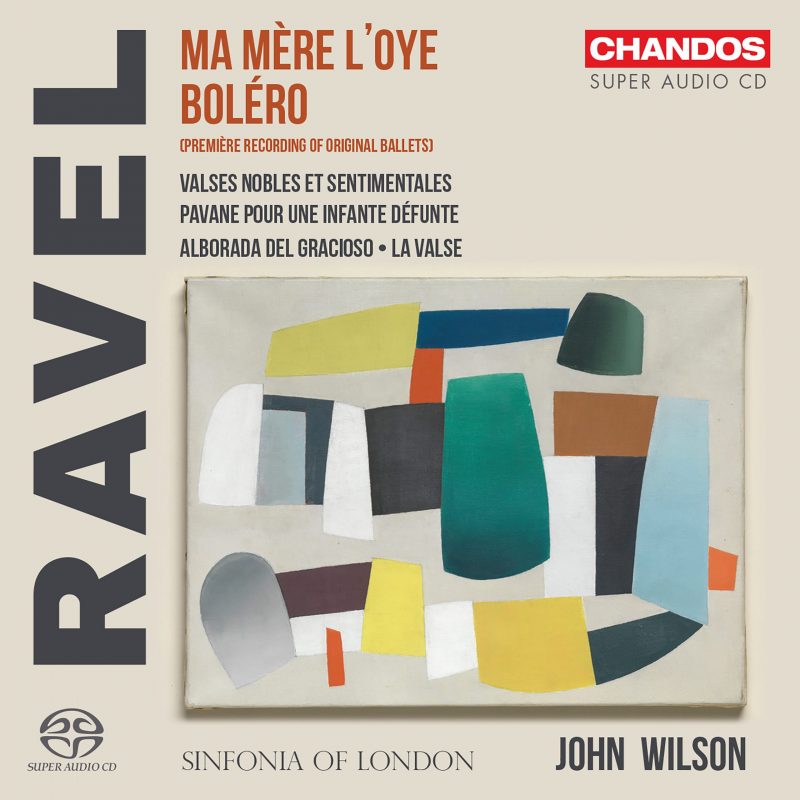 Sinfonia of London’s next album, featuring a selection of Ravel’s orchestral works, is released on Chandos Records on Friday 28 January 2022. In advance of its release, David Mellor writes for The Daily Mail:

‘This is one of the finest Ravel albums of recent years. Everything about it is good: the repertory, the new editions, the playing of John Wilson’s hand-picked Sinfonia of London and Wilson’s own understanding of the composer, based on his work as a musicologist, as well as his exceptional gifts as a conductor.’

‘Wilson is one of those working on a new Ravel edition. He’s cleaning up Daphnis And Chloé, arguably Ravel’s greatest score, for future release. Others have scrubbed up several works that are recorded here, notably Boléro.’

‘In this 84-minute album Wilson shows a mastery of every phrase quite different from ordinary conductors beating their way through a score they only partially understand.’

‘The Mother Goose complete ballet is probably my favourite Ravel orchestral score, and sounds ravishing here. So, too, does the Pavane For A Dead Princess. Here the exceptional virtuosity of Wilson’s hand-picked Sinfonia of London’s wind and brass soloists makes for exceptional listening. As the liner note observes, this is not a pavane, nor did a dead princess have anything to do with it, it’s just a marvellous listen, especially here.’

‘Most memorable of all is the version played here of Boléro, being recorded for the first time. It’s the original ballet score, not the revision for concert performance. That makes quite a difference, notably the inclusion of two antiphonal side drums, as against one in the concert score. They add enormously to the atmosphere. The Boléro, based on one long crescendo throughout its 15-minute duration, is a controversial piece. Many love it, but lots, like myself, are not so sure. Ravel himself, conducting an early concert performance, heard a woman in the audience cry out, ‘He’s mad’. Ravel turned to his orchestra and said, ‘She understands.’ The ballet version, with beautifully taken solos, is, for me, the major discovery here.’

‘This is a truly captivating album, particularly when the sound is of such demonstration quality. A great issue. I’m only giving it five stars because I’m not allowed to award ten.’